Dr. Adrienne Fugh-Berman of Georgetown Medical School runs a non-profit that educates physicians and healthcare professionals about how pharmaceutical companies inappropriately influence the practice of medicine. 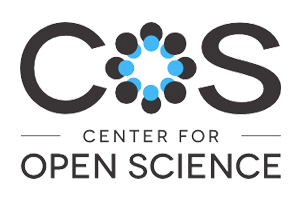 To increase the openness, integrity and reproducibility of research.

The Pharmaceutical Industry and the Corruption of the Medical Evidence Base

Patients believe that the practice of medicine is based on evidence and good science. Doctors and other health professionals are assumed to prescribe treatments and medications according to the findings of research and clinical trials which prove that these treatments work. Good practice of medicine involves balancing the risks and benefits of treatment, and telling patients about those risks and benefits so patients can make informed decisions about their health.

But what happens when the evidence base is corrupted? Doctors and patients alike may be misled into believing that there are more benefits, and fewer risks, than is actually the case. Most medical research is financed by pharmaceutical companies, and this creates a conflict of interest whereby many studies and clinical trials are intentionally designed to make drugs look good by exaggerating benefits and ignoring side effects, even when severe.

Ghostwriting is one primary method the pharmaceutical industry uses to manipulate the evidence base. This tactic involves misleading the scientific community and the public about who conducted a study. In this practice, employees of the pharmaceutical company are tasked with designing a study that will find a positive effect for their drug—a process which can involve several unethical or controversial research methods—and then writing a paper that spins any negative results into a positive finding. Finally, influential academic psychiatrists but who had nothing to do with the study are asked to put their name on it – as if they had conducted and written it themselves. In some cases, they are not even allowed to see the actual data, even if they ask for it. The study is then submitted to medical journals with the name of the prominent psychiatrist as the authors.

Important psychiatrists at medical schools and teaching hospitals are paid large amounts of money to be consultants and speakers for pharmaceutical companies. These payments can amount to hundreds of thousands–even millions–of dollars a year. Obviously these psychiatrists, who are on the payroll of pharmaceutical companies, and whose research is funded by these companies, can’t practice true objective science. Independent researchers have found that studies written by industry employees (or even by researchers who have received money from pharmaceutical companies) are likely to over-report benefits, under-report harms, and spin negative outcome data to make it appear positive.

A further problem is that the medical journals, and the peer review process, which are supposed to be the gatekeepers of science, also have serious conflicts of interest. Many of the doctors and researchers who do the peer review are also paid consultants of pharmaceutical companies. Furthermore, a large part of the income of medical journals comes from selling “reprints” of articles to pharmaceutical companies for the drug reps to hand out to doctors. The former editor of the top-tier medical journal, New England Journal of Medicine, Marcia Angell, has written a book and many editorials about this problem. The former editor of the prestigious British Medical Journal has also spoken out about medical journals cannot be honest gatekeepers.

The clinical trials can be biased by design and otherwise be used to provide unreliable information. Below are a few examples:

Hiding adverse effects: The easiest way to do this is just not to ask if your patients had side effects. If you don’t have the data, you can’t report it. You can also hide it in tables or supplemental materials. For example, many antidepressants are extremely effective in suppressing sexual desire and causing sexual dysfunction, (while only slightly effective or not at all in elevating mood and well-being). But this side effect is not looked for in studies, so it’s not found.

Statistical significance to hide clinical meaninglessness: A tiny statistical difference between two groups (one on the drug, one taking the placebo) is used to indicate that the drug is effective—even when it translates to a clinically meaningless change.  Antidepressants are repeatedly found to generate a less than 2-point difference from placebo on a 52-point scale, but this is used to suggest that they are “significantly effective.”

Short Term Studies: Psychotropic drugs, particularly the benzodiazepines and the stimulant drugs, do actually “work” in the short term. An anti-anxiety medication like lorazepam will make someone feel calm, and alleviate panic for example. But when taken everyday, these drugs will likely cause problems. Many people will develop tolerance– the drug may stop working, the person will need higher and higher doses, and if they stop they will likely experience severe withdrawal. For this very reason, the studies used to justify the use of stimulants and benzodiazepines are mostly short term studies.

Publication bias is another problem that distorts the medical evidence base. Pharmaceutical companies finance most medical research but when the researchers find negative results, they simply don’t publish them. For instance, a company will finance ten studies of an antipsychotic drug, with slightly different trial designs. Let’s say seven of them find no effect of the drug, but three of them find a small positive effect. You simply send only the three positive studies to scientific journals for publication. The other seven studies just disappear. Doctors only read the three positive studies, and they believe the evidence is unanimously in favor of the drug!

And at the end of a convoluted trail of money and corrupted science is the doctor, who relies on the drug reps (working for the pharmaceutical company) to inform him about new treatments and their risks and benefits. Doctors are required to attend CME, Continuing Medical Education, which is often funded by pharmaceutical companies and consists of paid doctor-consultants giving lectures about the benefits of new drugs. The non-profit Pharmed Out at Georgetown University has numerous articles about the problem of industry sponsored Continuing Medical Education.

The justice system has repeatedly found that the pharmaceutical industry engages in illegal practices to corrupt the evidence base. Numerous pharmaceutical companies have been forced to pay out millions of dollars in fines and settlements after court cases uncovered illegal research and marketing practices. The best books on the issue of corruption of the evidence base in psychiatry are Psychiatry Under the Influence by Robert Whitaker and Lisa Cosgrove, The Truth about the Drug Companies by Marcia Angell, and Deadly Medicines and Organized Crime by Peter Gotzsche.